The 31st of October, a delegation representing the Indigenous Peoples of Brazil (APIB) strived to make change during their visit to the Wageningen Campus. While previously being welcomed by Pope Francis and French president Emmanuel Macron, Wageningen University gave a slightly colder welcome; when the indigenous peoples of Brazil knocked on their door, the board acted as if not at home. In this open letter, Sarunas Jomantas asks “how big of a statement is not giving a statement?”.

An open letter to the WUR Academic Board by Sarunas Jomantas

I have had the opportunity to witness first-hand the distressing effects of the market and human induced encroachment on the lands of the Indigenous groups of the Eastern Amazon. Illegal logging, poaching, trespassing by farmers onto native lands to graze cattle and dispossession of land for agricultural activities has often left the Indigenous tribes in very unwelcoming circumstances. While the drastic changes to adjust to such threats have now become normalized in their day to day lives, the majority of foreign supporters prefer to retain a mystified view that native people still live in an untouched bliss somewhere deep in the jungle. Subjected to large infrastructure developments geared to supply mined and agricultural produce to export markets, very much including the EU, has left native people with no other choice than to deal with these battles on their own. In these faraway places, confrontations with hostile trespassers have increasingly multiplied, often leading to their unjust deaths – quite the opposite to the still fantasized lifestyle in the gardens of Eden.

Continuously considered as the guardians of nature, the colossal burden to fight back has become almost axiomatic to their existence. This means that majority of observers somehow accept the fact that it is the task of the Indigenous peoples to withstand global pressures onto native and still forested territories. Furthermore so, it is assumed that native people are somehow drawing actual enjoyment from enacting such a precarious role of being forest guardians. To prove this to be outright false has been part of the dispatch that the recent visit by the delegation representing the Indigenous Peoples of Brazil (APIB) strived to make during their visit to the Wageningen Campus on the 31st of October.

“Could it be that importing so much soya makes the topic of native People politically too sensitive to handle?”

They did not came to share the romanticized realities of their struggle, but came to be heard, as also to seek alliances and support. It is therefore my personal concern to highlight the devious position that WUR appears to have taken in relation to this visit. The sheer lack and interest shown by the board, as representing body of the Wageningen University (WUR) just as much as the limited coverage done by the official University Magazine – the Resource, towards this visit, appears to have taken an unprecedented stance. This posture speaks of nothing but indifference towards the ongoing fight across rural landscapes of Brazil instigated against the traditional peoples. Threatened back home and willing to speak out against these injustices, the Indigenous leaders representatives were previously received by the Catholic pope Francis as also the President Emanuel Macron of France, but surprisingly, found very little attention in WUR (or the Netherlands). Considering that the vice-mayor of the city of Wageningen – Lara de Brito – came to express the deep-felt responsibility and gave a strong message of support to the mission of the APIB delegation, how should we interpret the lack of representation from the WUR side? Could it be that importing so much soya makes the topic of native People politically too sensitive to handle in the Netherlands as also some of the research represented by WUR?

I will show that WUR academic board’s decision not to prioritize the event showcases serious flaws in the higher organisational levels. This is why I decided to be a voice of the many concerned scholars and academics this institution should strive to represent. Above all – the passive stance of WUR can be seen as a sheer failure – it highlights that WUR priorities lie somewhere elsewhere. It can also be regarded as an incompetence – it is a missed opportunity to express actual sincere concern towards matters that simultaneously are praised as priority. In both ways, the absence of a unified voice from the research institution towards the APIB delegation shows a conscious choice. This expresses nothing but a lack of interest in being directly concerned with improving the quality of life of those who are marginalized and actually threatened.

“What potential of nature is WUR finally exploring? To increase output per hectare?”

Digressing from the original route across several European capitals and cities the APIB delegation decided to pay a visit to Wageningen as a surprise to many. This means two things. First of all it acknowledges WUR as a place that prevails and acts on a global scale. Secondly, it meant that the meeting had to be scheduled rather quickly, and on a short notice of only two weeks. Representing the delegation and facilitating the events in the Netherlands, Greenpeace (GP) reached out to the Forest and Nature Policy Group (FNP) that together with the student-led Boerengroep hosted the event. The interaction was set to be on a debate level between the researchers, students, and the APIB delegation. Indigenous Peoples representatives had come partially to increase the awareness on the ongoing violations towards traditional people in Brazil, and particularly the role of end consumers played therein. The interaction with the students was to serve this purpose. At the same time their partial request was to increase and exert direct pressure upon the Dutch government, so that it seizes to import soya from Brazil, based on a capitalist plunder of natural resources, and the influence it plays in affecting native lands in Brazil. Is it not strange that WUR board would decide to withhold encouragement towards the indigenous leaders by not appearing or welcoming them officially during the event in Impulse?

Especially in the face of the current global outcry over increased environmental destitution across Brazil, is it not bizarre for any self-respecting and responsible institution to not prioritize backing those pressed with insurmountable pressures back home? Or is it truly a lobbying stunt not to upset future investments and funding on Campus research by soya-related industries? Or are the orders coming from even higher up in the politics in relation to the MERCOSUR treaty (EU-South American trade agreement to be soon ratified)? We don’t know yet, but we surely want to know why.

Remaining in silence, indifference, and passivity, the board appears to express thereby an opinion that is similar to any larger corporation that chooses not to upset its investors by removing itself from the public debates on matters of high importance to the public. At the same time, then, shouldn’t the WUR slogan “To explore the potential of nature to improve the quality of life” translate into direct action? What potential of nature is WUR finally exploring? To increase output per hectare? And whose quality of life is to be improved? Those of the top 1% and those who are already-in-the-have? Irrelevant of the causes, the lack of interest to take an affirmative action and a stance of support towards the Indigenous APIB delegation in itself expresses more concerns with the business as usual, and that of business, as a matter of fact.

At this point one is almost condemned to celebrate the fact that given such circumstances, the promotion Resource magazine of the WUR made an attempt to cover at least partially the event on the Campus. However, as welcoming of a fact this is – are we to be satisfied with a short paragraph, or to be critically challenging the standing status quo present across the WUR Campus? Considering how many pages are filled with pro-WUR articles, it feels that Resource fails to put the importance of the APIB visit into the perspective of the larger WUR research landscape. Ultimately, how come did this event slip right through the generally very present Wageningen communication department? Is it lack of space or rather lack of will?

“When should one address the silence and lack of actions that themselves speak louder than words?”

Let’s get some facts straight – the Indigenous leaders were here not to talk to 150 concerned students about ‘deforestation, land grabbing and human rights’. They were here to know how the pro agro-business research promoted by WUR, contributed to the agenda executed by President Bolsonaro which harms their day to day lives back in Brazil. It is unsettling that while the delegation was happily received by the Forest and Nature Policy Group, the WUR academic board chose to somehow distance itself from this very event. Could it be that the absence of the board’s representatives is connected to the cooperation of WUR with  larger industries, their hands in palm oil, sugar, and soya? Without a doubt, supporting both the Indigenous people and the research required to enhance cheap commodities would prove quite hard. And unlike indigenous people, Monsanto did make it to WUR’s official website (wur.nl/en/article/Monsanto.htm) “to work together and develop solutions to tackle some of the world’s biggest challenges”.  When those affected by respective ‘solutions’ come knocking at WUR’s door, why did the board decide to act as if not at home?

So there, we find ourselves in a situation where it is the students who are expected to make all the difference, whereas the top fails to do so. When is it that enough becomes enough? When should one address the silence and lack of actions that themselves speak louder than words? Is it when reading behind the lines of “exploring the potential of nature” starts to sound rather like facilitating the barren and lifeless landscapes across native lands? Or is it when the possibility that rather than “improving the quality of life”, as is preached, the Indigenous people are potentially being denied the chance to persist?

Sarunas Jomantas is a recent graduate at the Master’s Development and Rural Innovation. During both his Bachelor’s and Master’s he has been occupied with the lives and politics of Brazil’s indigenous people. He has spent a large time in Brazil’s Amazon, where he witnessed the impact of foreign investments first hand.

Do you also want to write an article of letter to the Jester? contact us on our email or fb.

Ah, here it is! ‘Tis the season for meeting with relatives over copious amounts of food and partaking in conversations you really want to have regarding either politics or your personal life (i.e. wondering if you have a partner yet). Although we all love a good Christian holiday, turn your Christmas from okay to FUN with these simple tips: 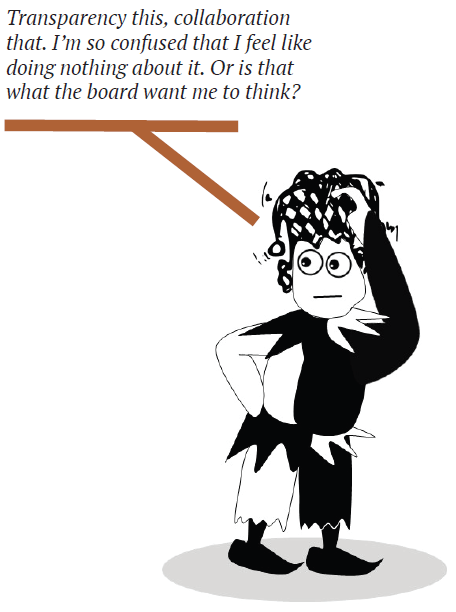