Thursday the 12th of march, I was sitting in the library in the evening, studying for my exam the day after. At 7pm I got a mail in my WUR inbox, telling me that my exam was going to be in the evening at 6.30 instead of 8.30 in the morning, because more than 100 students in a room were not allowed. That was already a bummer, as I had made plans for the afternoon. Anyways, I couldn’t change anything, and I understood the university had to follow the guidelines. I continued studying, but not even an hour later some people started to speak very loudly. In the next 30 seconds there was a lot of confusion, everyone started to look around and to speak: the university was going to close, and the exams were cancelled!

A lot of mixed feelings emerged, some students were so excited and happy, others were very disappointed, because they had studied so hard. Within 15 minutes the library was empty (This shows you to which extend students really love studying). Some students, that walked to the exit, were already making plans for skiing in Swiss. It seemed they didn’t grasp the gravity of the situation, while others were kind of freaking out and overreacting. This seemed a little like the perfect scene for an apocalyptic movie. I felt very weird when I left the building and the whole situation felt wrong to me. Not even a minute after I came home, I got a message from a friend that the exam was not cancelled in the end and the announcement on the WUR page had changed. What? I didn’t know what to belief anymore. All WhatsApp groups were overflooded with different information and it was very confusing. I was emotionally drained and very disappointed in the communication of the university. I didn’t study for the rest of the evening. I was lucky, because I had plenty of time to study the next day as my exam was only in the evening but pitied the ones who still had an exam at 8.30 the next morning.

Now a few days later, I am back home and I had some time to digest the fact that the student life I was used to is temporarily over. Confined in my house, I am forced to follow all my classes online. Maybe forced is a bit of a harsh word, but I wouldn’t say I really enjoy staring at a screen a whole day long (not that I have been doing that, but I should have). Especially, when teachers are being very serious and loading you with a ton of video’s and lectures to watch. I would think people would chill out for once, but that is apparently not the case. Monday, I was telling myself: I am going take this easy, I need to get used to it and the first days are never really interesting, right?

I would think people would chill out for once, but that is apparently not the case.

Today, Thursday I am in a bit of a panic, because I have a compulsory practical tomorrow and I really don’t know what the course is about. I tried, really, but after half an hour of slides with a monotone voice-over I gave up. And that is just one course, I have 2 others. You would think I have plenty of time, now that everything is closed, but well, being at home with your family is quite fun and there are many things to do I never took the time for before, like cleaning up my room (I can’t remember the last time I cleaned it) and house tasks my mom has asked me ages ago. So yeah, I guess the coming weeks are going to be challenging but will hopefully teach me a bit more self-discipline and make me a super good online student, that can fight distraction.

This corona times have given a makeover to  Brightspace, I immediately noticed when I opened it to watch that first-half-an-hour-of-a-lecture. Before it seemed to be this boring platform (okay, I have to admit, they tried to make it look attractive with these fancy little icons for each course).

I have rediscovered my 13-year-old me, chatting on MSN

Before the crisis, I used it to get the slides, some information and to occasionally re-watch lectures. Now, Brightspace has become so much more for me; I have rediscovered my 13-year-old me, chatting on MSN. I don’t know if you have noticed, but you can see the other people that are online (even if you re-watch a lecture later) and you can just chat with them! Isn’t that amazing! I love staying in contact with my study mates in a study related way. Not like the Netflix chat, I think that’s bullshit, I don’t need to know during the movie what people think of it. But knowing that my co-students are also suffering and don’t like the monotone voice, make me feel alive again. It really helps to be more self-confident, when people tell you there are also soooo behind schedule after the 4th day of online education.  I want to thank the Brightspace team for making this horrid period more bearable! I would just like to suggest them to add smileys in the chat.

P.S: I have been writing this, instead of preparing for the lecture… Oops:’( 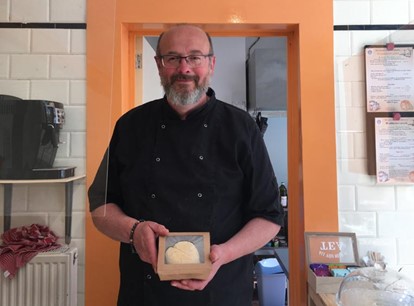 Saturday Market: There are restaurants & shops too?

As many market goer may have forgotten, there are restaurants and shops in Wageningen too. Run by people in buildings who are passionate about food 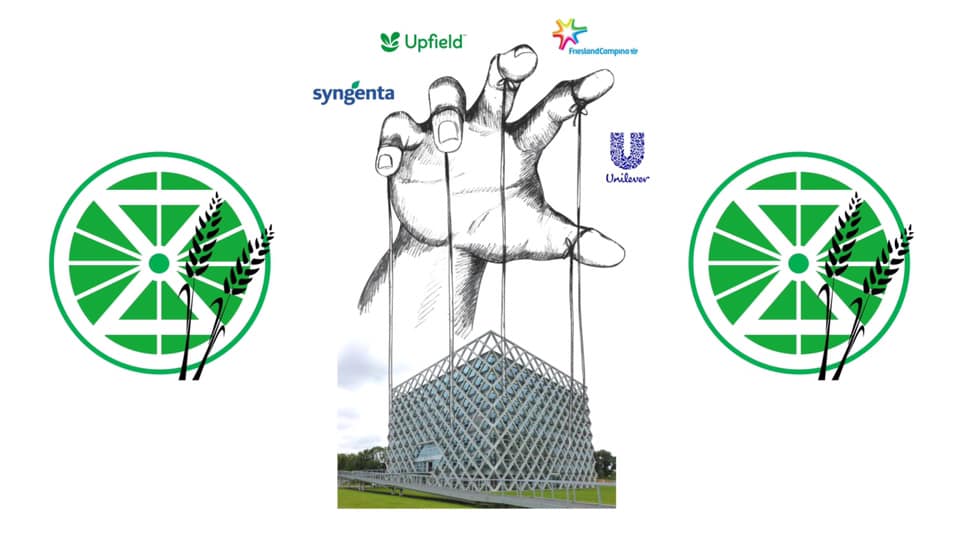 Thursday, July 2nd: As we speak, a student meeting of Extinction Rebellion (XR) is held in the Atlas building to discuss the transparency of ties