Including everyone @ WUR: Are we there yet?

The new academic year will soon start, you are at the dawn of an exciting time of your life. Do you already feel a strong connection with Wageningen and its University? Or is that something that needs to develop in the coming weeks and months? Recent research on all Dutch Universities shows that students from minority groups (i.e. immigrants, people with disabilities, lower socio-economic status and LGBTQAI+ students) tend to feel less connected to the university.

This study by Geertje Hulzebos from VU University Amsterdam investigated the extent to which belonging to a minority or majority group influences the sense of belonging and experiences at the university with regard to exclusion, academic and interpersonal validation. The conclusions based on 440 students from twelve universities in the Netherlands, including Wageningen, show that minority students experience less sense of belonging and validation, and more exclusion. Being part of multiple minority groups led to an increase in exclusion and it is a fallacy to think that the pursuit of an inclusive environment only benefits a small minority. The research showed that discrimination is not limited to students of colour (who represent 25% of the student population), but also includes international students (28%), working class students (17%), LGBTQAI+ students (10%) and students with disabilities (8%).

How is WUR tackling this problem and making sure everyone feels at home? We asked the press officer to elaborate on WUR’s inclusivity approach and policies. It turns out that the role of the student dean is crucial in all issues that arise while studying in Wageningen. Be it for study delay, disabilities, transition leave or any other problem. This is perhaps not fully known by all students, but student deans offer help, support or just a listening ear and do this always in confidentiality. “It is clear that there is still a task for us as a university to make more visible where students can go to for help” said Vincent Koperdraat, press officer at WUR. He mentions that the university puts a lot of effort in becoming an inclusive study and work place. But the possibilities that are offered are not always fully being used.

WUR has different initiatives to include minority groups: the first gender-neutral toilets have been installed, seven of the university buildings have a lactation room and proper wheelchair access has become common. Twice a year the rainbow flag is hoisted to let students and employees of
the LHBTQAI+ community know that they are welcome here. Additionally, there are arrangements for gender transition leave. For international students the Annual Introduction Days offer workshops that will prepare you for the Dutch education system and the culture. For employees WUR has a so-called Diversity and Inclusion group. On this intranet site, training sessions, workshops and newsletters are posted. Job applicants with a functional impairment are especially welcome and the Job Participation Support group is there to help and match them. WUR strives to create at least 230 positions for people with a functional impairment by 2024.

Better facilities, support and workshops alone are not going to cut it. To make people feel at home and give them a sense of belonging, universities need to promote an open environment where people can be themselves and stimulate contact across group borders. Historically, academic institutions have almost solely focussed on a very privileged layer of society. In our last edition we wrote about the still, disadvantaged position of women in science. Too often, people who did not use to be in this privileged group have the feeling that they need to adapt in order to fit in. Just like integration should not be a one-way street, adapting cultures, systems and institutes works both ways.
To gain more understanding of international students, WUR student deans made a visit abroad. Two of them went to China, where many of the students come from, to study the local culture and to give workshops to prepare students better for what they can expect when they arrive in the Netherlands. This can certainly help international students to adapt better. However, some minority groups raise the fair question of why it is always them who need to adapt. Why not use that knowledge of other cultures to also improve the current system so these students have to adapt less?

Unlike other Dutch academic institutes, WUR was slow in reacting to the Black Lives Matter movement. “Within our international, multicultural community, there is no room for exclusion in any way, shape or form”, said WUR spokesperson Simon Vink to the Resource in June last year. “Not based on ethnic origin, religion, culture, gender and so forth. However, never state the obvious applies. What is obvious need not be stated explicitly.” Thanks to a widely supported petition offered by Anti-Racism Association to the Executive Board in the summer of last year, WUR has now formulated an advice plan on how to tackle racism and discrimination. Where top-down change might sometimes be slow, bottom-up initiatives can move fast. With discrimination in science this is not any different. Inspired by the BLM movement, a group of researchers from the Forest and Nature Conservation and Policy group came together to discuss whether and how they need to explore and fight discriminatory practices in their own institutional context.
This workgroup concluded from their extensive survey and round table discussions that students regularly feel discriminated against by their peers, particularly in the formation of group work and language used during interactions. The FNP diversity group mentioned in their report that: “Teachers need to take an active role to address this topic openly in class, enforce/remind students that English is the main language, carefully consider the process of student group formation and scrutinize course content.” On staff-student interactions most discrimination was experienced in access to opportunities for the thesis as well as perceived double standards when it comes to guidelines and deadlines. Gender related discrimination is experienced in different ways. First, there is the experienced subtle and often implicit discrimination in day-to-day interactions. Second, there is the experienced structural gender inequity as it is institutionalized in WUR and wider academic culture. This may involve factors such as unequal (or gender-neutral) compensation and an emphasis on predominantly masculine leadership and evaluation criteria. Currently, WUR is conducting an equal pay research focussing on the gender pay gap. Finally, gender discrimination can also be thought of as the lack of room for caring responsibilities for both women and men.

“41% of people reported experiencing or observing no or positive discrimination”

Across the surveys, 41% of people reported experiencing or observing no or positive discrimination, which shows that mandatory sessions are needed at all levels to raise awareness beyond those already engaged. The FNP diversity group suggests that role-plays that put people in the shoes of others who commonly experience forms of discrimination in WUR may be a powerful method to raise awareness and dialogue. The All that we share workshop during the AID hosted by Emma Holmes, the founder of Wageningen Comedy Club, can contribute to that. All that we share is a variation on the famous If you really knew me television program, where students are presented with different yes and no statements on various personal topics. Feeling connected in times with little offline interaction might be even more challenging, but the Annual Introduction Days are the perfect opportunity to start. Wageningen is home to a wide diversity of people, associations and organisations and has the potential for everyone to feel seen, heard and valued. 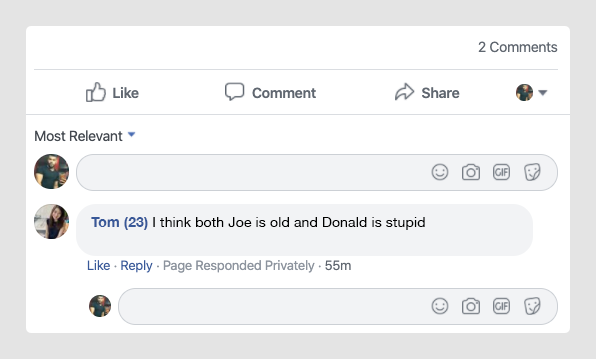 When Covid-19 hit and governmental restrictions made it increasingly difficult to stand up for resistance, at first Tom was afraid it would stop him from 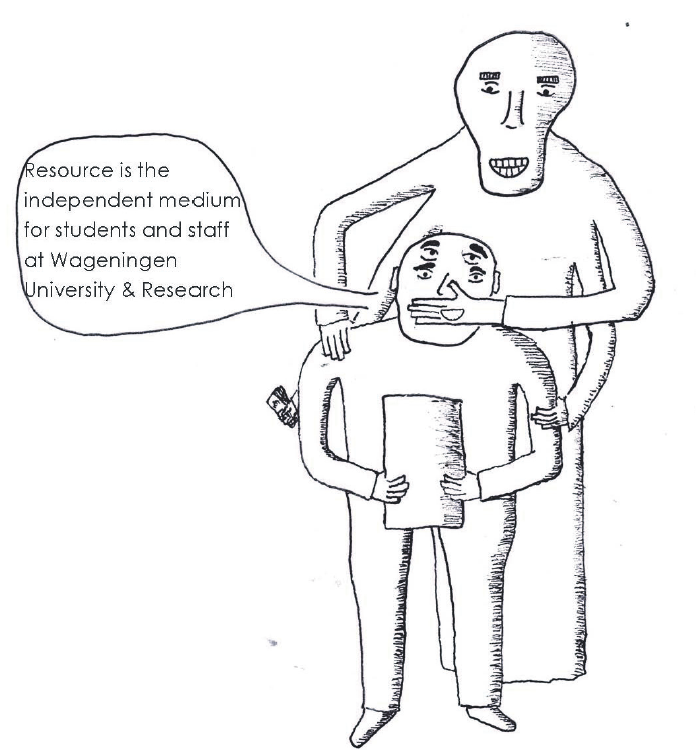 How Resource became a promo magazine

Resource has not always been the feel-good, advertisement machine of WUR.