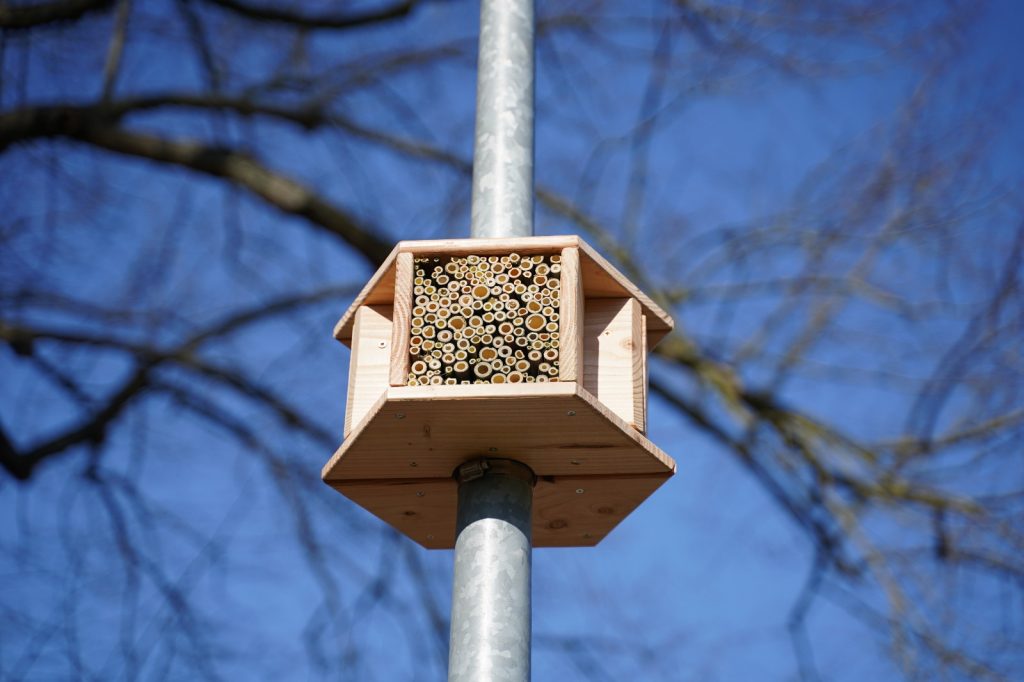 If you’ve been walking in the city centre lately, you might have spotted bee hotels under lantern poles. It might come as a surprise or maybe not, that these ‘Bee & Bee(s)’ were the initiative of 5 students from Enactus Wageningen, who came up with the design of a streetlightBee&Bee.

“In 2019, we started BeeGrateful with the goal of taking all the pollinators out of the list of species endangered with extinction”, Stefano from BeeGrateful explains. “We discovered that one of the reasons that is causing their decline is the continue increase in urban areas. This creates food deserts and remove all possible nesting places for pollinators “. That’s when they came up with the idea of a miniBee&Bee, “a bee hotel that provides food source and nesting places for bees”. The miniBee&Bee had already been going well, when they realized that the product was coming as a solution in gardens or more rural areas. So, they decided to take it to the next level: urban spaces. “We realized that in many cities flower baskets are already hanging to lantern poles. So, we thought that the best solution was to couple them with nesting places to make it possible for the bees to nest and feed safely also in urbanized areas”.

StreetlightBee&Bee, seems such a simple concept, but what were the difficulties they encountered? “Due to the design of the streetlightBee&Bee, bees are not disturbed by the light coming from the lantern. The height was also not a major issue as bees can easily fly higher than that. One of the major issues we encountered was being able to choose the correct materials to have a product that could last long but without using any chemical substance, glue or plastic that could harm the bees”.

So, next time you take a walk in the city centre, check out the poles where these StreetlightBee&Bee(s) are hanging and you will find a little sticker with a QRcode to their website and Instagram (https://beegratefulenactus.com/), where you can find more information about bees in general and how to help them, as well as about the species visiting the Bee&Bee.

This does not stop in Wageningen, though! As Stefano informed us, in 2022 streetlightBee&Bee(s) will be present in other Dutch cities. The team is always looking for ways to take it further. Soon, they will also expand to Italy where bee hotels will be hanging from lantern light in 29 different cities!

Find out why the Student Council censored an analysis video of the debate hours before the election closed. 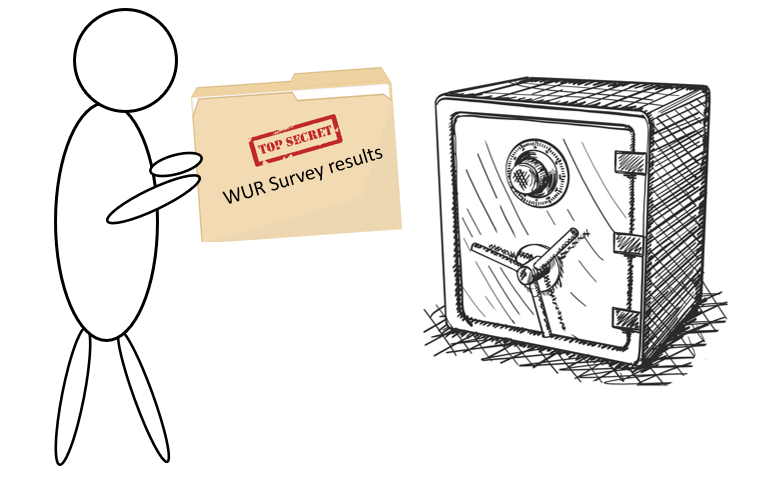 A shout-out to WUR for transparency

Main concerns: lack of transparency and pressure from companies to change