(Don’t) Come fly with me

We study and work at one of the greenest universities world-wide. In January this year, WUR was rated the greenest and most sustainable university in the world according to the GreenMetric ranking for the second year in a row. In the Dutch SustainaBUL competition for most sustainable (applied) univer-sity, WUR ranked second (after Eindhoven) in 2018. These are impressive accomplishments which have become embedded in the identity of the university, it seems. However, is the sustainability of the University really maximized? Are we practicing what we preach on all fronts? This month, we are diving into the sustain-ability of the mobility practices of WUR, and specifically: flying around the world to save it.

Last March, all 14 Dutch universi-ties lent their support to the Climate Letter published by a group of aca-demics on 4th February. The letter protests against the large carbon foot-print universities leave by, amongst others, flying their staff all around the world: “Researchers make a par-ticularly high contribution to carbon emissions, especially by using air transport to travel to conferences, to conduct research, or to participate in consultations or commissions.” The letter, calling for a more ambitious climate policy on universities, ended up being signed by 1,433 professors, PhD candidates and other people working at or connected to Dutch universities.

Dutch universities are aware of this incongruence between what their re-search promotes and what they prac-tice, and all are trying to keep flying to a minimum. Some are more am-bitious than others. Erasmus Maga-zine (University of Rotterdam) and Univers (University of Tilburg) in-vestigated their respective university’s policies towards flying. The Univer-sity of Rotterdam only offers travel advice to minimise flights. Tilburg has a discouragement policy aimed at avoiding flights to relatively near-by destinations, but at the same time has no mechanisms to supervise the flights that are actually made. The universities of Groningen, Utrecht and Leiden, on the other hand, have a discouragement policy, offer travel advice, and also register and monitor the flights made by their em-ployees. Groningen comments that introducing these policies has led to a decrease in the number of flights tak-en. Utrecht and Leiden are also mon-itoring to see if further improvements can be made, and are considering the system that the University of Gent, an example for many universities, is using: not reimbursing journeys by aeroplane that can otherwise be made in less than 6 hours by travelling with public transport.

Flying is the second largest contributor to WUR’s total emissions

WUR too keeps track of the flights that take place for academic purpos-es. WUR presented its new Mobility Vision for 2030 on 21st January 2019, two weeks before the release of the Climate Letter. In this Mobility Vi-sion the university aims to decrease CO2 emissions resulting from travel by 2% yearly, resulting in a 25% de-crease by 2030. However, Erna Ma-ters, the policy officer Corporate So-cial Responsibility at WUR, says that “a discouragement policy has not been implemented yet. A plan will be made this year (2019), similar to the policy Gent has. But for now, there is only a passage in the travel policy on the importance of sustainability for the university, and the urge to take the train for nearby destinations.” Other, more ambitious measures are out-lined, but before we delve into those, we must first assess what the impact of flying on WUR’s carbon footprint really is.

The Mobility Vision shows that, de-spite a generally steep decrease in emissions since 2010, the share of emissions resulting from travel had grown by two kilotons by 2017. How-ever, this is figure is for all travel: what of WUR’s specific CO2 emissions made by flying? Is it as significant as it is insinuated, or is it more effective to focus on other mobility-related or emissions issues? When closely in-specting WUR’s carbon footprint of 2017, the answer to this question is simply: yes. It really is such a large amount.

Flying is the second largest contrib-utor to WUR’s total emissions, after buildings (natural gas). For compar-ison: in 2017, the emissions due to flying were 7,474 and 1,597 tonnes for employees and students, respec-tively, against 11,430 tonnes for all buildings on campus (natural gas, electricity and refrigerants). Kerosene is attributed for 22% of total CO2emissions at the university; the same as all vehicle emissions, business trips and daily commuting of all employ-ees combined. The Social Sciences Group and – ironically – the Environ-mental Sciences Group are the larg-est contributors, due to their size and the international character of their work. More positively, compared to 2016, emissions decreased in 2017: -17% from business trips and -21% from student travels. In the footprint profile, it is not specified what caused this decrease, but Erna Maters clar-ifies that this decrease in flying was mainly due to the financial issues that some projects were dealing with, leading to lower travel budgets. How-ever, in 2018, these issues were mainly over and flying increased again. With it, the need for policy interven-tions rises, too.

Degrowth seems to be the only possible answer here

Considering that the Mobility Vision was announced 4 months ago (it had already been taking shape in 2018), and that WUR pledged its support to the Climate Letter 2 months ago, one may ask: have these actions had any effects on policy? In the Mobil-ity Vision, different options are dis-cussedto realise further decreases in emissions resulting from flying. The first of which is to establish a CO2budget. Maters comments that this is not being actively pursued at present but that setting a budget of flight ki-lometers for every employee, which would be transferable to others if the employee does not fly, could be a vi-able option. Choosing airlines that are actively decreasing their emis-sions is another option, but no su-pervisory mechanisms are currently in place. Facilitating video- and tele-conferences is also a good example of a proposed measure and is being looked into as a viable alternative to traveling in general. Policy is seem-ing to primarily focus on promoting rail travel for shorter distances. Price agreements have been made with Dutch and German rail companies and university employees can travel internationally with their corporate public transport card. The university has further aims to make it even easier to book tickets in the future, says Maters. However, it is evident, ac-cording to Maters, that relatively little has advanced since the announce-ment of the Mobility Vision. Drawing from the rise of the rising ecotour-ism movement, degrowth seems to be the only possible answer here, at least in the short-term; as there is no con-crete outlook on a more sustainable way of flying, the only option to decrease emissions in the short-term is by decreasing flights.

Maybe the most essential question in this debate is: is flying necessary? Most academics interviewed in other inquiries seem to say that it is, under-lining the importance of being able to network at international conferences, especially for younger academics who still have to establish themselves. None of the policies described above have considered stopping flying altogether. However, as Dr. Casper Albers describes in Ukrant (University of Groningen), these trips can feel a bit like jaunts. It is useful to network and catch up on ongoing research but visiting conferences and symposia in faraway countries is also just fun.

There is no harm in having fun, but with the climate at stake, the choice of which conferences to attend needs to be evaluated more consciously and critically. One such way to do so is by “clever bundling” (something that is also proposed in the Mobility Vision) which consists of combining multiple goals into one trip and going so long as it is relevant to one’s work and research.

The issue of flying remains a complex one. The result of the subsequent dis-cussion is always that there is a trade-off between international participa-tion and practicing what you preach. In any case, the first logical step is to generate awareness. Academics should actively be informed about and confronted with the impact their flying has on university emissions; for example, when booking, giving the amount of emissions caused by this trip and a comparison with other emitting sources to put it in perspec-tive. This could be part of the dis-couragement policy there already is. Besides that, another question is: for how long can WUR afford to keep on flying as much as it has while also claiming to be the greenest university on the planet and having “improving the quality of life” as a mission. As four professors wrote in March on the American political news website The Hill: this is an opportunity for universities worldwide to lead by ex-ample, to be the first to act on their own scientific findings regarding the ever-growing impact that aviation has on climate change. Setting a moral example will make their message all the more powerful and people will be more amenable to a ban or limit on flying if they see that the ones encour-aging its disuse act in accordance. In any event, WUR should – or rather, must – be willing to implement more ambitious solutions than Gent. For WUR, this is an opportunity to once again establish its position amongst the greenest universities worldwide, to boldly go where no university has gone before; saving the world, while minimising the need to fly around it in order to obtain that goal.

This is an opportunity for universities worldwide to lead by example 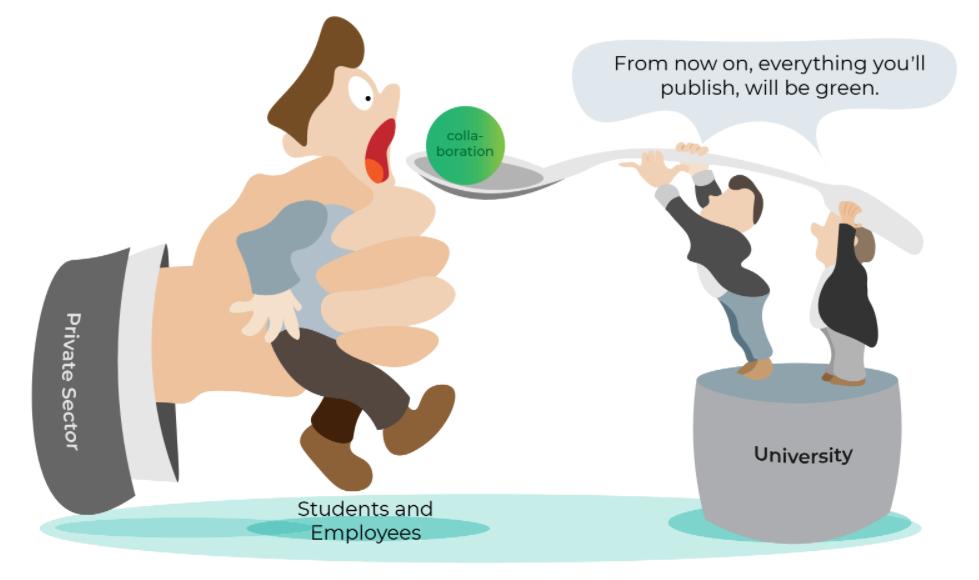 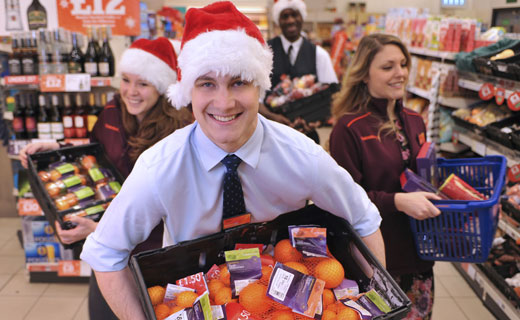 In an ultimate effort to stop the spread of Covid-19 in Wageningen, supermarkets have offered to open their shops the 25th of December. The municipality almost cried to see so much empathy and gratefully accepted. 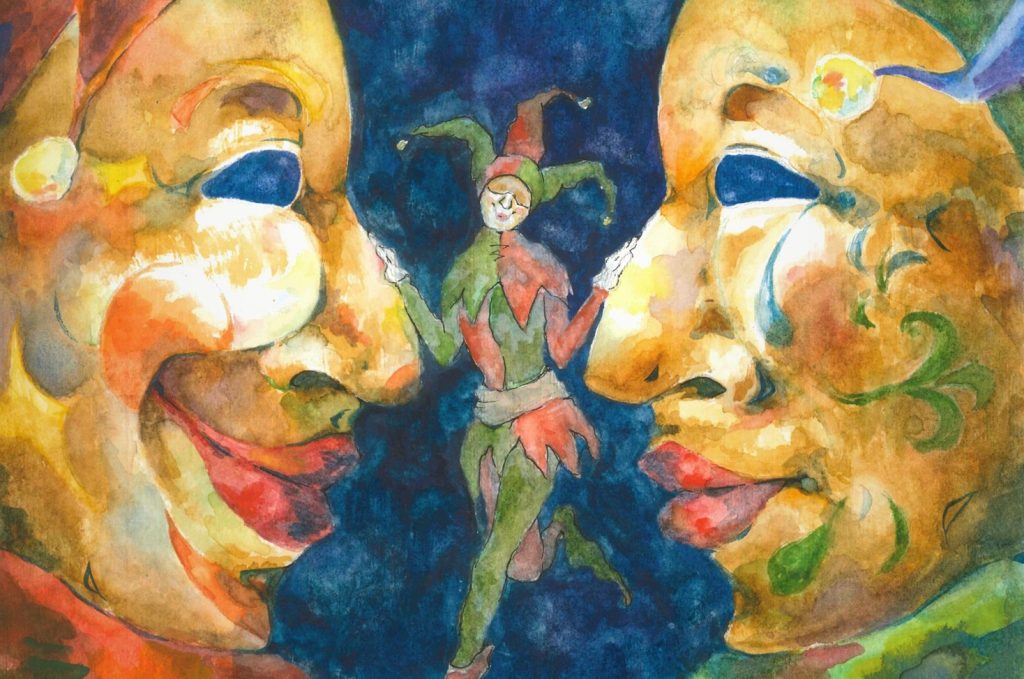