The last few decades, European culture has been dominated by US influences and definitely US pop songs. Now, with Trump in power, a cultural void needs to be filled: here are 6 amazing Dutch songs you should listen to!

Last Monday, it was 15 years ago that one of Dutch’ most famous singers passed away: Andre Hazes was the singer of ‘het levenslied’, (translate: songs about life) Sentimental songs in clear language. Don’t be afraid to already burst out in tears on the first listen.

The Netherlands can be an amazing place to live, but it can also feel small, frightening and claustrophobic. So if you feel restricted here in the Netherlands, where should you go to? This is the question Henk Westbroek raises in his song ‘Belgium’. He asks: Is there life on Pluto? Can you dance on the moon? He explains: China is ‘too busy’, Germany ‘too strict’ and Kuwait just ‘too hot’. The conclusion of the song is a loud and bombastic BELGIUM BELGIUM

Nothing more Dutch than a good cycling holidays. In the north east of the Netherlands in the province of Drenthe, you can find some great cycling routes in wide and rural landscapes. The band Skik sings in a beautiful accent: as long as you have wind in your tyres, there’s nothing to complain about!

One of the Dutch words that is difficult to translate is not ‘gezellig’ which is just cozy, but Atten. Atten comes from the latin Ad fundum, and means to drink to the bottom, best translated as ‘to chug’. So the song Atje voor de Sfeer translates as: to chug for the ‘gezelligheid’ or the good ambiance. Rene Karst is some kind of Dutch philosopher as he ponders on the words of his grandpa: ‘Life is too short to stay sober’. The song is an absolute party banger so remember the lyrics well!

What would you do if someone brought you a little monkey? How would you feel? Marc van der Holst, frontman of ‘The Avonden’ jumps on the table, and lets us know he’s still all right. In just a few lyrics, an amazing ambiance is set. This song might be a good one to impress your hipster friends, because with a less than 700 listeners of spotify, chances are little your hipster friends have already heard about it!

Back in the 80s, the Netherlands had their own ‘Beatlemania’ revolving about the band Doe Maar. With their Reggae-Ska-Pop sound they made girls go crazy. Rightly so? Judge for yourself! 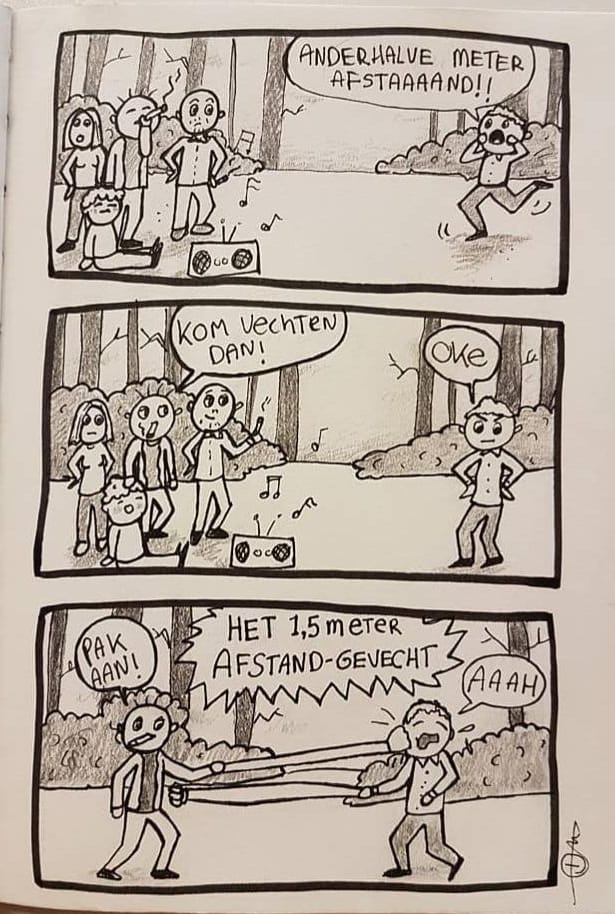 A cartoon by Dominique Rooks. 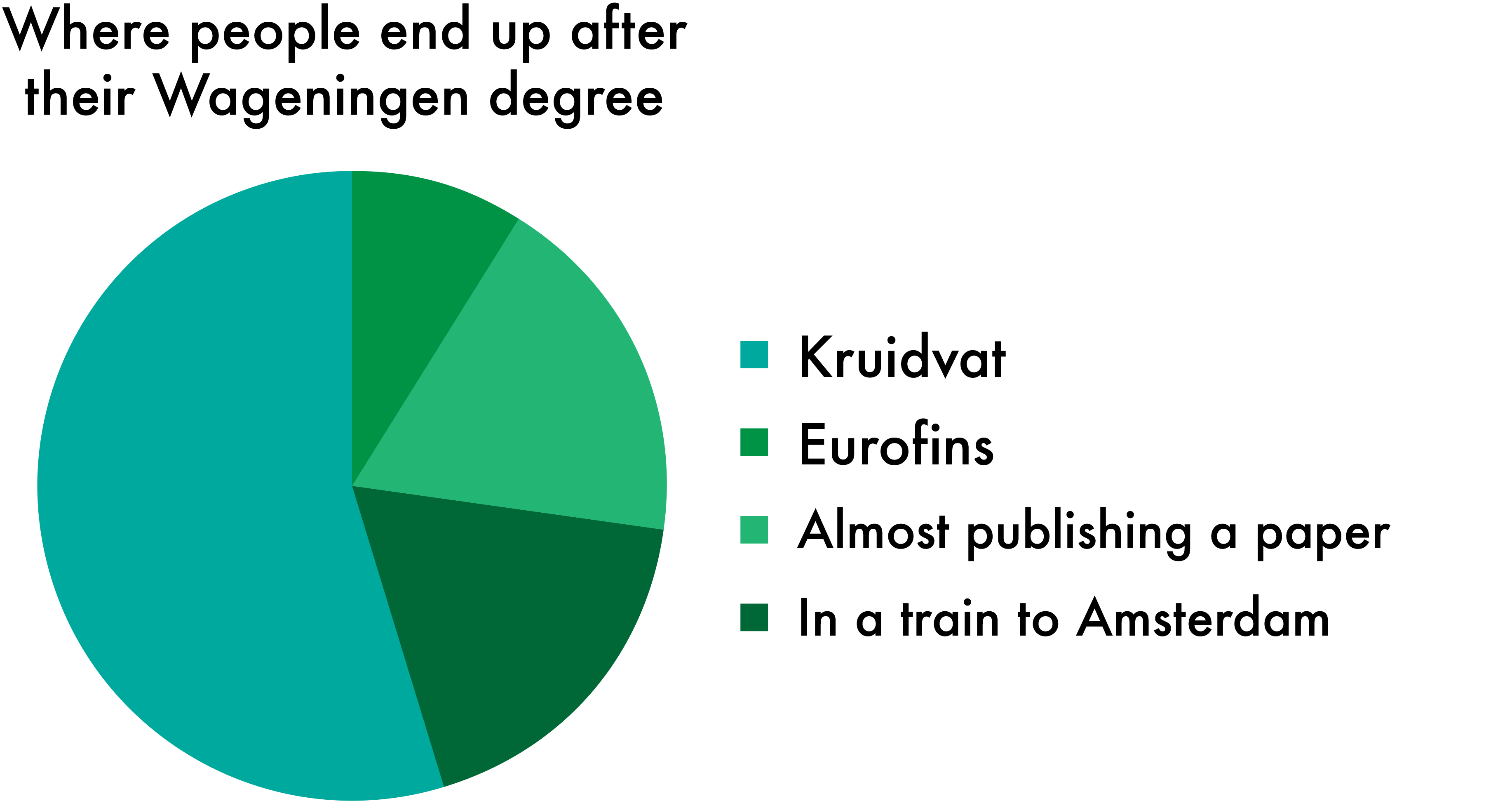 99% of students finds job in first year after graduating