Give your opinion about student loans: #nietmijnschuld

To put an end to the current student ‘leenstelsel’ (loan system), student union S.A.W. is leading the #nietmijnschuld (not my debt/ not my fault) campaign in Wageningen, together with the national unions LSVb en FNV Young&United. In the next two weeks, students can give their input on what they think should change. We ask 5 questions to Sammy Xie, treasurer of S.A.W. who is eager to share with us the importance of the campaign.

1. What is the goal of the #nietmijnschuld – campaign?

We want to bring an end to the current ‘leenstelsel’ (loan system), in which students can request loans from the government to pay for their expenses during their study time. The three demands of the campaign are: getting the ‘basisbeurs’ (basic grant from government) back or an alternative universal basic grant; compensation for all students; the required money should not come from the education budget.

2. Can you explain whythe current loan system needs to be changed?

Being in debt has both short-term as well as long-term consequences for students. Some students will work part time job to minimize their debt, which puts pressure on their study results. Others, who are not able to work side jobs, can experience the situation of building up a debt as very daunting or stressful, and rightfully so. Starting your life with a debt of ten thousands of euros on your back is a huge setback considering the difficulty to enter the housing market and flexible labour market.

3. People who study will later probably make more money than those who did not. Isn’t giving a basic grant unfair?

First off, basic grants would be used to educate students, not rich adults. It is indeed likely that people who completed a study are more likely to obtain a higher income than people who did not. But, in the Netherlands there is also a social tax system, which means that the more income one makes, the more tax one has to pay. Since the Netherlands is depending on a knowledge economy and is a welfare state, investing in students means investing in the entire society.

4. What is the proposed alternative for the current ‘leenstelsel’?

The first demand of the campaign states that we want a universal basic grant for everybody who is studying. This could be the old system, the ‘basisbeurs’ either adapted or in its original form, or a completely new system. One of the key aspects of the #nietmijnschuld campaign is that it is for and by students. That is why we did not fabricate an alternative in advance, but are letting the students decide what the alternative should be.

5. How can students decide on the alternative?

There will be an online consultation of the #nietmijnschuld campaign that takes place from 8 till 21 June 2020. Here all students can let us know what they think of the current ‘leenstelsel’: Do we need something totally different and what should that be? Or does the ‘leenstelsel’ just need some minor tweaks? The more students fill in the consultation, the more impact it will have. Furthermore, a pub quiz is organised this Thursday (link here) about the current ‘leenstelsel’ which will be live-streamed straight from the S.A.W. office. You can participate in a team or alone and test your knowledge. No worries if you do not have a lot of that, because it will mostly be a lot of fun (to learn more about the ‘leenstelsel’)! 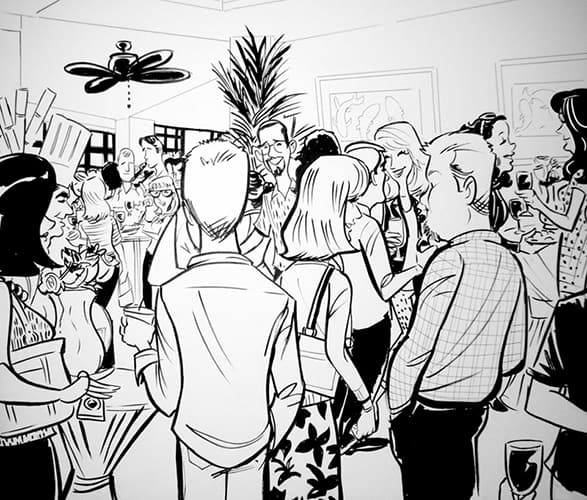 Learn more about the activities and events Wageningen has to offer.

Be they furry or fluffy, slimy or scaly, big and podgy or slender and tender, Wageningen is full of animals you never thought could be